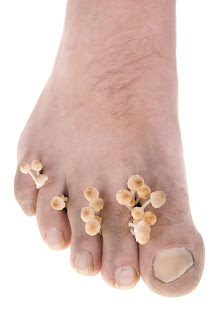 Using the newest, most advanced, technology, we can send a strong laser through the nail, which, without damaging it, completely kills the fungus living underneath it.  The affected nail will then grow out, and the new nail will be restored to its natural, transparent appearance.  What’s more, this can normally be accomplished in one, painless, 15-minute procedure.


Clearly, it’s the best way to step into the New Year!
Posted by Body Beautiful Laser Medi-Spa at 3:32 PM